I admit I am a big fan of Pixar movies, but who isn’t? With blockbuster hits like Toy Story, A Bugs Life, Monster, Inc., Up, Finding Nemo, The Incredibles, and to test new grounds, Pixar came up with an interesting idea of doing a movie about vehicles and to be more exact, cars with eyes and mouths!

In 2006, Pixar Cars premiered and grossed over $60 million domestically on the opening weekend alone! In 2011, Cars 2 was released with great fanfares, and coming on June 16th, Cars 3 will hit the theaters, and accompanying with it – Lego is releasing mutilple Cars 3 sets in their Juniors and Duplo themes.

New for 2017, Cars 3 sets are now under Lego’s Junior theme. What does it mean? It means more special pieces, easier assembly, simplified building steps – less time to build and more time to play with it! As a result, the vehicles are lighter and roll faster, kind of like Hot Wheels/Matchbox toy cars.

As of this writing, there are seven Cars 3 Juniors sets: 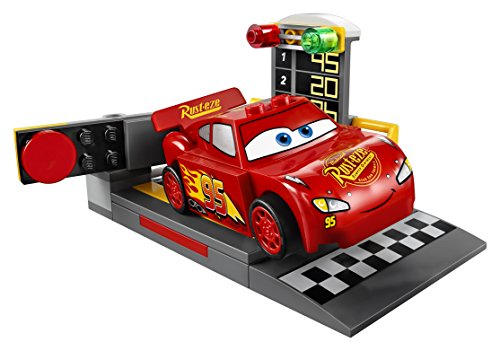 Lightning McQueen in his glorious Rust-eze sponsorship, along with a launcher for a lightning fast take off. 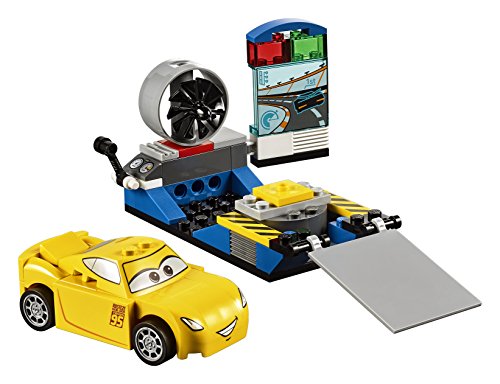 Lightning McQueen’s friend Cruz Ramirez with a wind/speed dump to optimize the aerodynamics and speed. 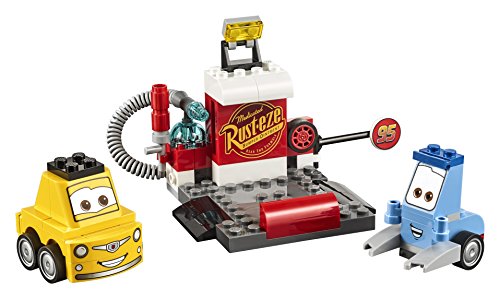 Lightning MnQueen biggest fans – Guido and Luigi at the pit stop ready to provide speedy service during the race. 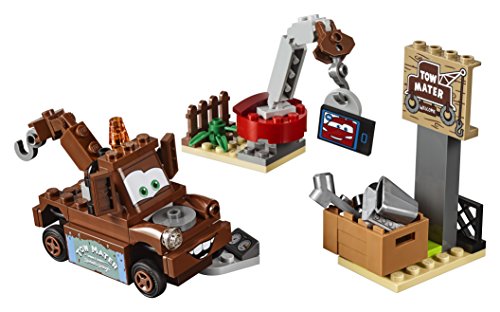 Under the watchful eyes of the Sheriff, the primer-colored Lightning is unleashing his horsepower and trying to break the speed record. 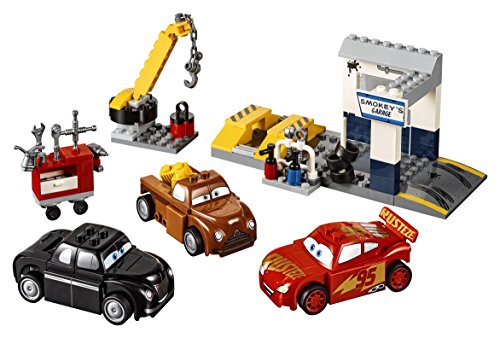 Lightning, in his new reflective golden Rust-eze sponsorship, being prepared at Smokey’s Garage for his next big race. 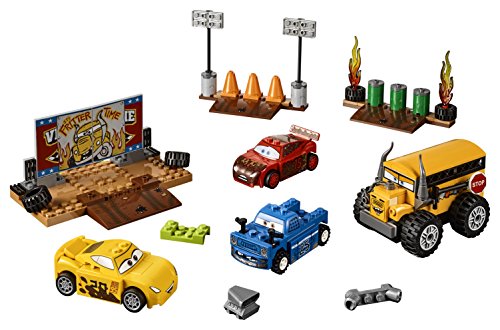 McQueen is honing his racing and maneuvering skills at the Crazy 8 dirt track.

McQueen and Mater are back. They are lighter and roll faster, kind of like Hot Wheels/Matchbox toy cars.