Lego’s Ninjago sets are all the rage with kids everywhere and their latest kit, the Fire Mech, is sure to be just as sought-after- especially for little boys.  Featuring Kai, the Red Ninja, a jaw-dropping, larger-than-life Mech to build and assorted baddies,  your little guy will have an endless supply of scenarios to reenact as they bring these pieces to life. Check out our Lego Ninjago Fire Mech Set review and see for yourself what all the fuss is about. 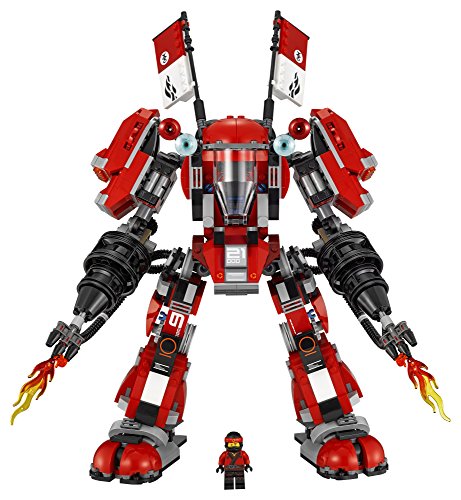 The Fire Mech is a fire engine in robot form, and is for Kai, Master of the Fire element. It is the ultimate fire weapon, with both arms shooting blasts of flame against the enemies. It comes with six minifigs, or minifigures – Kai, Zane, Lauren, Henry, Hammerhead and Jelly. Kai can use his Fire Mech to help the ninjas stop Lord Garmadon from his evil intentions. This Fire Mech has some improvements and redesigns for the new 2017 wave of Lego Ninjago sets and for the movie. 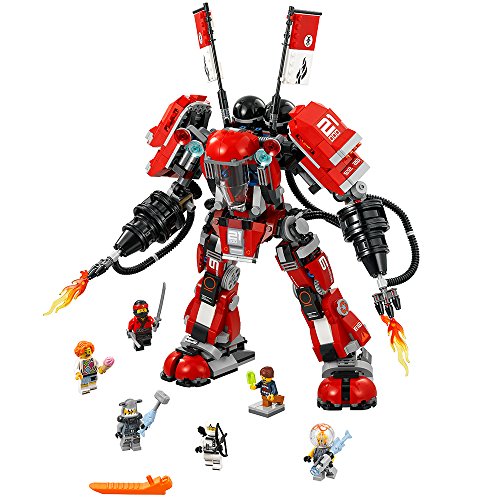 Kai the Red Ninja has been training all his life, learning discipline, inner peace and strength to defeat anyone who dares threaten Ninjago. And now your kids can help him with this kit. From building the impressive Mech to role-playing different battles across your couch, little ones will get lost in the mystery and magic of this ancient world.

While this set is geared towards boys, girls can appreciate it too and it compliments any of the existing kits, making it a smart buy. And while the Fire Mech, which we’ll get to in a second, is clearly the main attraction, Kai is the star. He is young but brave and an excellent role model for kids of all ages. Kai is dressed in full ninja gear and comes with 2 katana’s to defeat the evil forces if his karate chops can’t stop them.

All about Fire Mech

Of course, as impressive as those weapons are, his greatest tool is the Fire Mech. This towering robot can be posed in any way thanks to arms and legs that are 100% movable. Which means kids can “stomp” around, kick and point while playing, creating realistic scenarios that make them feel like they’re in the center of the action.

The Fire Mech has a cockpit for Kai to sit in, along with several secret weapons. There are 2 shoulder disc shooters, 2 fire tanks and 2 fire blasters. Children will get a kick out of the shoulder disc shooters, which can be used to blast the other action figures. They’ll also love the fire blasters, which have a see-through colored element that makes them look like they really shoot fire. 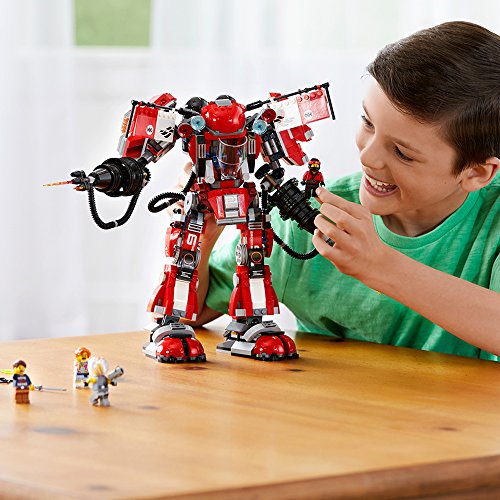 Of course, the Fire Mech needs a target and there are plenty with this set, including Hammer Head and Jelly Guy, who are out to get the civilian figure and Stuck Guy. Jelly Guy has a cool, clear helmet while Hammer Head is dressed like a shark and has teeth and a fin. Kai, along with his pals Zane and Lauren, will need to think quick and help free Stuck Guy, whose caught in an elevator shaft. Zane’s bow and arrow will help fend off those diabolical bad guys, hopefully before it’s too late. 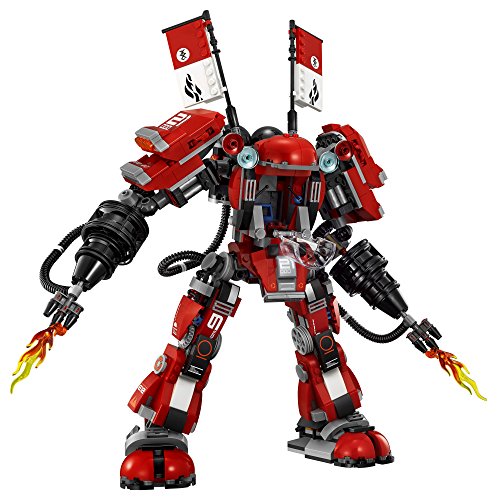 The Lego Ninjago Fire Mech Set is a great addition to any house and works great with existing Lego sets. Great for kids 7 and up, the building encourages motor skills and dexterity while the figures help nurture your child’s creative side. And with the new Lego Ninjago movie about to debut, now’s the perfect time to grab this set.

The Fire Mech set has a buildable and poseable robot.