Join the action of the Lego Star Wars: The Freemaker Adventure television series with your own creations straight from the show! With the new Lego Star Wars The Arrowhead 75186 Building Kit in hand, you can enjoy your newest favorite show in real life. This never-before-made Star Wars vehicle has tons of interactive options that make add hours of imaginative use to this fan favorite. Saving the galaxy has never been so fun! 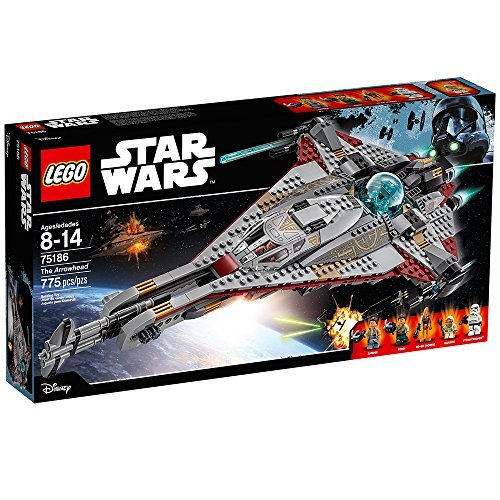 Just like in the show, the Lego Star Wars the Arrowhead 75186 Building Kit lets you create the Arrowhead’s aggressive, fighter shape right in front of you. After enjoying the actual process of putting the ship together, you can imaginatively fly the vehicle around the room and enact your favorite scenes through a variety of features that this kit brings to you.

First, there are the weapons hiding on this attack fighter that let you take out enemy targets. The ship has a flip down ram that can be stowed away when not in use and turned out in front of the craft when desired. Crush your foes through pure physical intimidation. There are also firing missiles built into the bottom of the shell that are spring loaded for added fun. Just like in the show, you can use the Arrowhead’s payload to shoot down enemy fighters.

Second, there are five characters that come with this kit so that you can tell stories of your own. In this kit, you get Zander, Kordi, Roger, Quarrie, and – uh oh – a Stormtrooper. These five characters are all you need to reenact scenes from the show or create timelines all your own. Good guys and bad guys go to war right in your own living room. Additionally, the ship itself has a removable canopy so that you can take out and put in whichever characters you want from the cockpit. The inclusion of the characters to this kit adds a whole new level of storytelling ability to add to your love for the show itself. 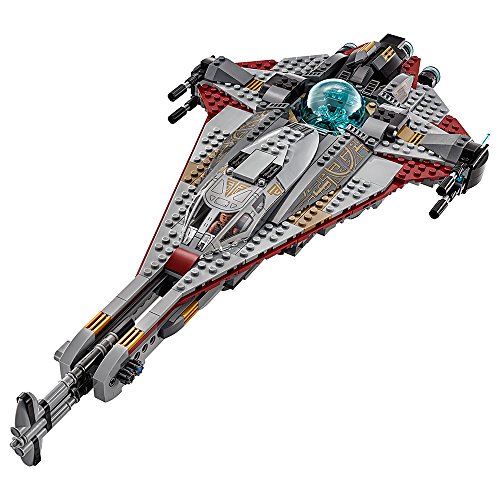 Third, this kit comes with a ton of accessories for even more action. The kit includes a service cart, two blaster pistols, a grappling hook, a wrench, and saw so that you can go to battle and even repair your equipment after. Who says the action packed battles on your television screen have to stop when the show is over? 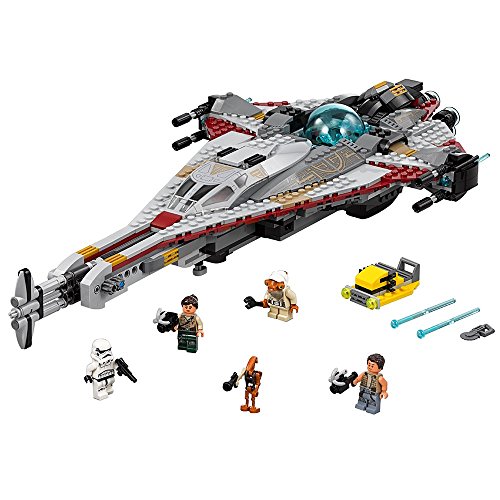 With this kit, your ability to enjoy the Lego Star Wars Universe is only as limited as your own imagination. In this kit, you have all the tools you need to play out moments that occur in the show as well as create scenes of your own. With the ship, its features, friendly characters, enemy characters, and plenty of accessories, you have everything you need to create an entire storyline all by yourself. The Lego Star Wars The Arrowhead 75186 Building Kit has the ability to provide you with an unlimited amount of fun taking the show away from the screen and into the palms of your hands.

Love this starfighter and take it home today.